Does an electromagnet have north and south poles?

It’s common knowledge that a permanent magnet has both a north and south pole.  But does an electromagnet also have magnetic poles?

First, a quick review on electromagnets. When electrical current flows through a wire, a weak magnetic field develops around the wire. By winding many turns of wire around a metal core you can make this weak field very strong, even strong enough to lift a junk car.

An electromagnet does have north and south poles, and it’s simple to demonstrate this with the Electric Circuits KitBook. 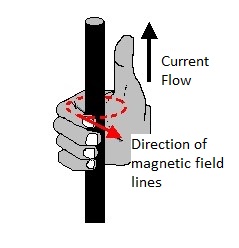 The “Right Hand Rule” can be easily demonstrated in the KitBook as shown below. Again, make an electromagnet as explained in Activity No. 9. Place the compass about one-fourth inch away from the coil and press the push button. Notice and record which end of the magnet points toward the electromagnet. Now reverse the battery in its holder and repeat the experiment. The opposite end of the compass will point to the coil since the current flow, and thus the magnetic field, have been reversed. 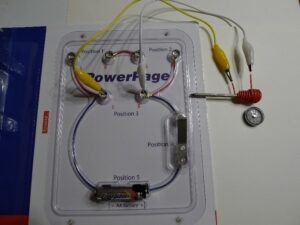 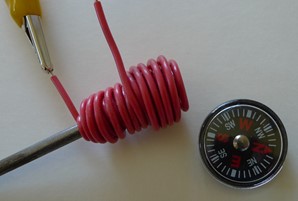 With the battery’s “+” terminal pointing to the left, current flows in a counterclockwise direction creating a north pole electromagnet. 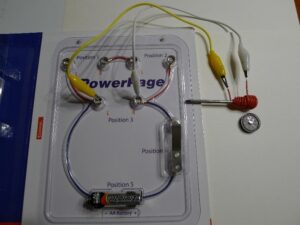 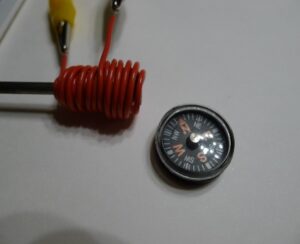 With the battery’s “+” terminal pointing to the right current flows in a clockwise direction creating a south pole electromagnet.

This principle has many practical uses. Using current flow direction to determine the direction a DC motor turns is one application. The KitBook’s motor and color wheel can demonstrate this. Build a series circuit with the battery, motor and slide switch. Place the color wheel on the motor shaft and place the switch in the “on” position. Notice which way the motor turns. Without turning off the switch, remove the battery from its holder and reverse it. Notice what happens to the motor. The motor will stop, then reverse its direction of travel.

This same principle is used to raise and lower power windows in a car. When current flows through the window’s motor in one direction the window goes down, and when the current is reversed, the window goes up. 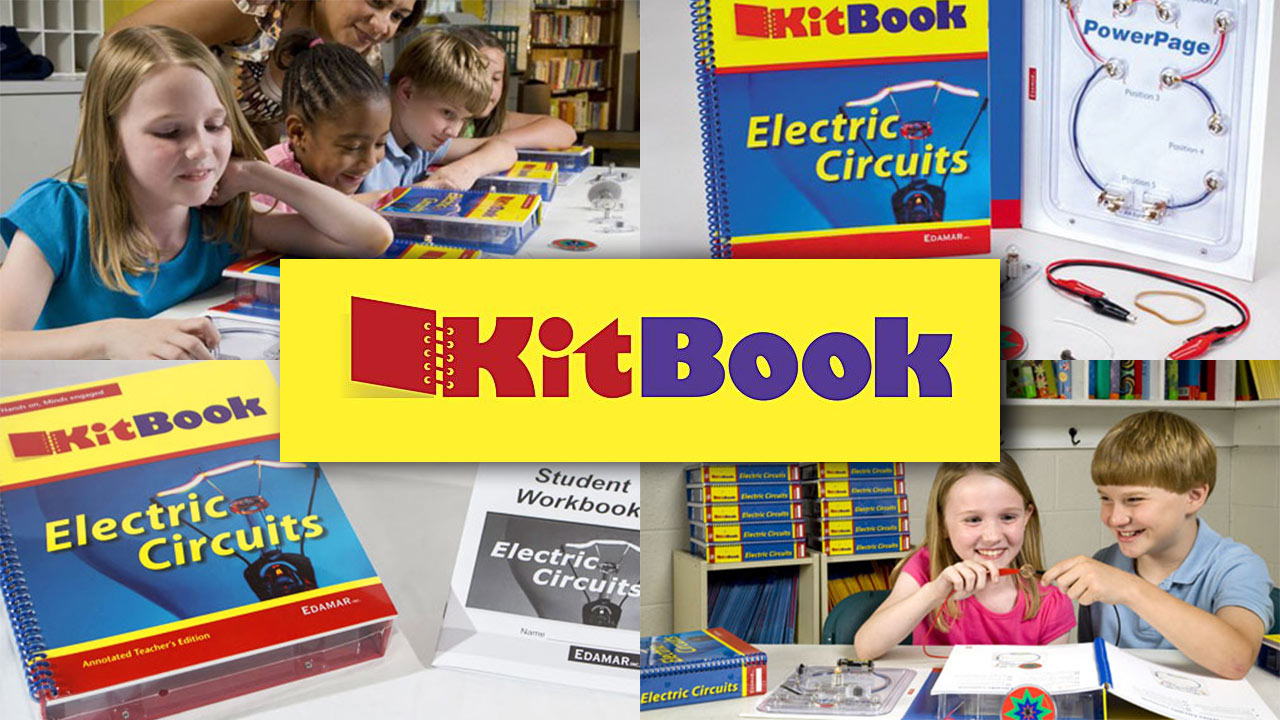